Within the light that out of spirit depths
Weaves germinating power into space
And manifests the gods' creative work:
Within its shine, the soul's true being
Is widened into worldwide life
And resurrected
From narrow selfhood's inner power.

The light from spirit depths
Strives to ray outwards, sun-imbued;
Transformed to forceful will of life
It shines into the senses' dullness
To bring to birth the powers
Whereby creative forces, soul-impelled,
Shall ripen into human deeds.

Behind the Scenes of External Happenings 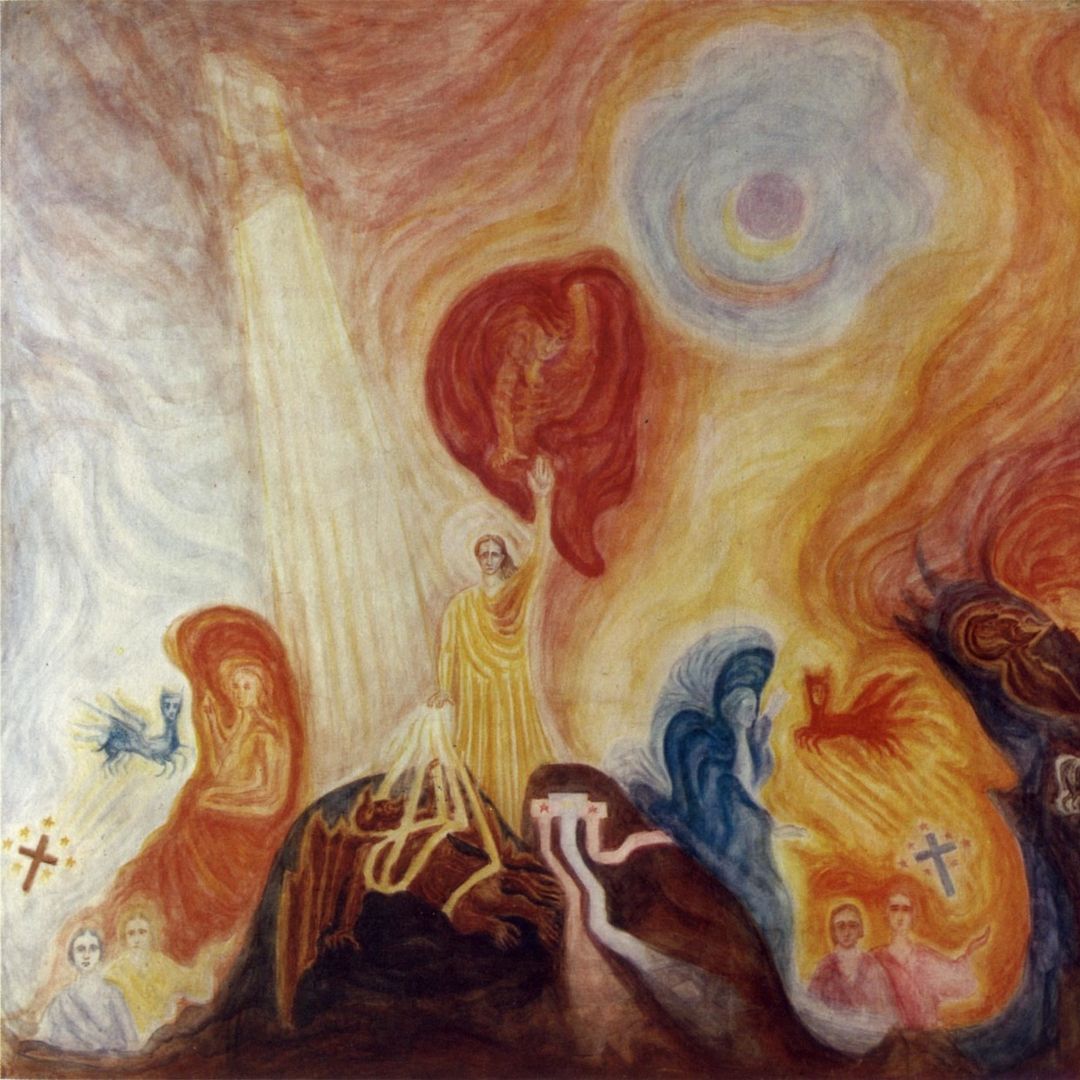 Rudolf Steiner offers us a unique perspective on world events with an exploration of spiritual impulses working behind the scenes. Through his lectures and books available in English here online, Dr. Steiner teaches that we can come to know the spiritual world through our own thinking and factual observation of the material world. Beyond merely understanding spiritual impulses manifesting in the material, we can further work with them to actively transform ourselves and participate in the evolution of mankind.

In a lecture given in Zurich on November 13, 1917, Steiner discusses the necessity for establishing real relationships with the spiritual world. This takes courage, but it is necessary to lift ourselves out of our current predicament:

Today there is evidence on all hands that when one speaks of man's concrete relationship with the spiritual world to those who as yet know nothing about Anthroposophy, they are unwilling to go into such matters; they are afraid of it all. They will not summon up courage to think about impulses that are said to come from the spiritual world. […] That, after all, is why people simply did not listen when it was said that momentous, incisive thoughts and undertakings are called for by men if the world is to be lifted out of its present pitiable state — and that such thoughts and undertakings must be born from spiritual knowledge, real spiritual knowledge. […]

Constant references to the universal Spirit, all the talk about inner, spiritual deepening and the like — none of it leads anywhere. What is essential is that men of the present time shall establish real and concrete relations with the spiritual world. […] Intimate and penetrating knowledge of these things is the only means whereby the aims of the Spirits of Darkness may be counteracted.

Certain occult brotherhoods, however, make it their business to work in exactly the opposite sense; they want to retain the wisdom exclusively within their own narrow circles, in order to exploit it in connection with their lusts for power. We are living in the midst of this struggle. On the one side there is the necessity for men to be led along the right paths by the assimilation of the spiritual truths; on the other side there are enclosed occult brotherhoods of an evil kind, desiring to prevent these truths from finding their way to men, with the result that they remain dull and stupid as regards the spiritual world, and thus make it possible for those within narrowly enclosed brotherhoods to carry on their intrigues from there.

Events of the present time bristle with such intrigues and machinations, and calamity looms ahead if men will not realise that these machinations are in full swing. You will feel at once that light is shed upon the real background of these things when I tell you of certain truths which have matured in our time — truths which must fall as it were like ripened fruit from the spiritual world into the kingdom of men but are prevented from spreading — against which, moreover, men are instinctively prejudiced because they are afraid of them.

Read more of this fascinating lecture to gain a new perspective on:

Easter and the Mystery of Golgotha

We invite you to read some of the many lectures Steiner gave regarding Easter. In his discussions about what he terms “the Mystery of Golgotha,” he shares the cosmic significance of the crucifixion, resurrection, and ascension of Jesus Christ. You can find some of his selected works under the Festivals topic on the left-hand side navigation of our website. The excerpts presented here cannot begin to capture the profound teachings of Steiner on this topic. We merely share them as highlights to encourage you to explore the full lectures yourself.

The Mystery of Golgotha is a significant boundary line in human evolution.

The Soul was transformed by the Mystery of Golgotha with the Christ impulse now streaming forth from the Soul rather than streaming into it. In a lecture given in 1912, Steiner states:

Try it yourself and pick a day!

We need your support!

We are a small nonprofit with the expenses of a large website. Your generous financial gifts make this venture possible. If you can't contribute now, please visit our Help Out page for additional ways to support our work in the future. Thank you!