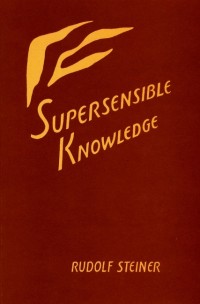 Steiner demonstrates in these lectures that spiritual science is not a mere theory, but an inherent necessity in modern life. He addresses the riddles of life such as our relation to the spiritual world, evolution, and destiny, the mystery of birth and death, the origin of evil and illness, and the problems of education. These lectures form part of Steiner's remarkable public lecture series given each year at the Architect's House in Berlin from 1904 to 1918.

Supersensible Knowledge was published in German as, Die Erkenntnis des Uebersinnlichen in Unser Zeit und Deren Bedeutung Fuer das Heutige Leben. Here are 13 lectures, 9 of which are new to the Rudlf Steiner Archive, given by Rudolf Steiner at Berlin and Cologne in 1906 and 1907. Translated by Rita Stebbing