The East in the Light of the West
GA 113 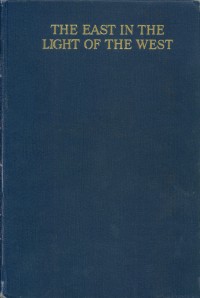 This volume contains 9 lectures in which Steiner explores the ancient wisdom of the East and its spiritual metamorphosis as seen through the consciousness of the West.

Translated from shorthand reports unrevised by the lecturer. The original texts of the lectures are contained in the series of 9 lectures entitled The East in the Light of the West, the Children of Lucifer and the Brothers of Christ, in German, Der Orient Im Lichte des Okzidents. Die Kinder des Luzifer und die Bruder Christi in the Complete Edition of Rudolf Steiner's works. (No. 113 in the Bibliographical Survey, 1961).