Man in the Light of Occultism, Theosophy and Philosophy
GA 137 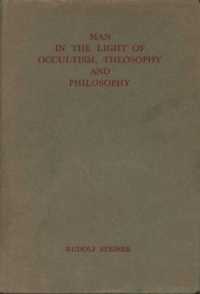 Steiner reveals historical developments from the esoteric schools of the earliest antiquity, through personalities such as Plato, Aristotle, or Francis of Assisi, and other spiritual figures, to the modern pressing moral problems.

These lectures are from the second English edition published by Rudolf Steiner Press in 1964. Translator unknown.