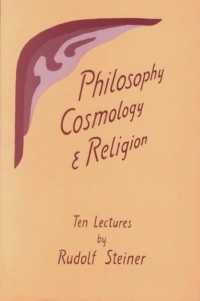 This cycle focuses on exercises to attain higher spiritual development. Steiner gives a description of philosophy based on Imagination, cosmology based on Inspiration, and religion based on Intuition. This is followed by a rich account of the stages of sleep and the period between death and rebirth, especially the role of Christ after death as revealed to spiritual cognition.

This ten lecture course was published in English with the title, Philosophy, Cosmology, and Religion, and is also known as, The French Course. It was published in German as, Die Philosophie, Kosmologie und Religion in der Anthroposophie, “Franzoesischer Kurs”.