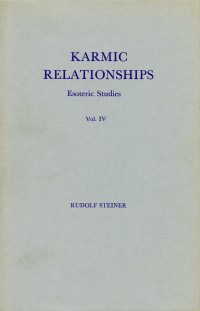 Ten lectures given at Dornach, between 5th and 23rd September, 1924. Published here with the kind permission of the Rudolf Steiner Nachlassverwaltung, Dornach, Switzerland.

Translated from shorthand reports unrevised by the lecturer by Charles Adams, D. S. Osmond and Charles Davy. The original texts of the lectures are contained in Vol. IV of the series entitled Esoterische Betrachtungen karmischer Zusammenhänge (No. 238 in the Bibliographical Survey, 1961).