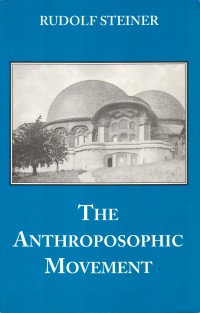 These lectures were delivered in a lively, informal and conversational tone, and as such were not conceived of in book form. But because of their exceedingly important content and historical context, their significance should not be underestimated. This is true not only insofar as it applies to anthroposophists, who will find illuminated the background of the movement to which they belong and who will thus acquire a firm standpoint through their insight into the necessity of events which need no justification.

Translated by Christian von Arnim, abridged by Richard Seddon and edited by Joan M. Thompson. Diagrams in the text by Assia Turgenieff are based on blackboard drawings by Rudolf Steiner.