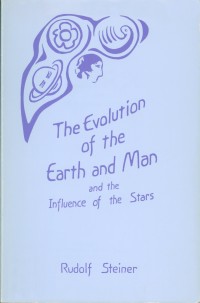 Just as we have natural desires for food, shelter, and human contact so we have a spiritual desire for knowledge. All too often the obstacles to satisfying this desire are so great that in the end we silence our questions and give up hope of knowing.

In this book we meet the thirst for knowledge of a group of workmen as they put questions to Rudolf Steiner. They want to know about everything from the evolution of the world, the influence of the stars, nutrition, the sense of smell, Chinese culture, and volcanoes, to mention a few.

And what lively enthusiastic answers they receive!

Join them in their quest and take a step into the realm of living thought and see if your thirst for knowing isn't revived and set on fire!

During the last two decades of the nineteenth century the Austrian-born Rudolf Steiner (1861 – 1925) became a respected and well-published scientific, literary, and philosophical scholar, particularly known for his work on Goethe's scientific writings. After the turn of the century he began to develop his earlier philosophical principles into an approach to methodical research of psychological and spiritual phenomena.

His multifaceted genius has led to innovative and holistic approaches in medicine, science, education (Waldorf schools), special education, philosophy, religion, economics, agriculture (Bio-Dynamic method), architecture, drama, the new art of eurythmy, and other fields. In 1924 he founded the General Anthroposophical Society, which today has branches throughout the world. Translated by Gladys Hahn.